5G coverage in Norway is increasing. All three Mobile Network Operators (MNOs) are rolling out 5G base stations in a growing number of population centers and, increasingly, the countryside. 5G brings in the promise of several technological advancements compared to 4G and earlier cellular technologies. During this still early stage of rollout, the increased network access bandwidth is the most notable one.

Simula has been measuring the quality of the Norwegian mobile networks since 2014, evaluating the coverage, availability and download speed, among other key metrics. We have collected a large pool of data, witnessing earlier transition 3G → 4G and now 4G → 5G. More than a hundred nodes are deployed in 24/7 measurement infrastructure around the country.

5G speed tests consume large amounts of data: one 10-second test may easily consume about 1GB data. Keeping in mind we use tens or hundreds of commercial subscriptions to continuously measure the network performance, this is clearly a problem for the research budget. The goal of this project is to evaluate alternate test methods that consume less data, comparing them to the baseline of speedtest.net or other measurement sites.

In this project, you will deepen your understanding of interactions between IP networks and cellular network technologies. You will learn about active network measurements theory and practice, working on an advanced testbed featuring Linux-based network probes measuring the network performance and interacting with DB backend. You will also gain a deep understanding of the end-to-end TCP protocol behavior.

Experience with Linux administration, python programming and socket programming. Curiosity and enthusiasm are a great advantage. 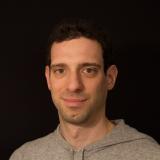