Machine Learning
Graph neural networks (GNNs) represent the next step in the evolution of deep learning. We aim to use GNNs as a tool for the detection of fake news.
Master

Graph neural networks such as graph convolutional networks and graph LSTMs are a recent addition to the field of artificial intelligence. While traditional deep learning has focused on regular inputs such as images composed of pixels in Euclidian space, graph neural networks can analyze and learn from irregularly structured relations between entities. This allows them to tackle completely new classes of problems. Experts in the field believe that graph networks, due to their capacity for combinatorial generalization, represent an important next step towards general artificial intelligence [1]. However, unlike standard deep neural networks which can be trained and used efficiently on modern hardware such as GPUs and TPUs, large graph networks on distributed systems present a formidable computational challenge [2], which limits their application. This thesis aims at developing methods for parallelizing GNN computations to improve their performance. The developed solutions will be tested on news spreading graphs, with the aim of classifying news spreading patterns. The ultimate goal is to distinguish fake news based on their spreading patterns.

The goal of the thesis is to improve the performance of graph neural networks and apply them to the analysis of news spreading graphs.

During the course of this master thesis, the candidate will gain in-depth knowledge of graph neural networks, as well as experience in parallel programming.

The successful candidate should have some familiarity with deep neural networks, as well as C/C++ and parallel programming. However, missing qualifications can be acquired during the course of the thesis. 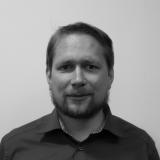 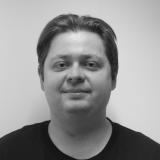