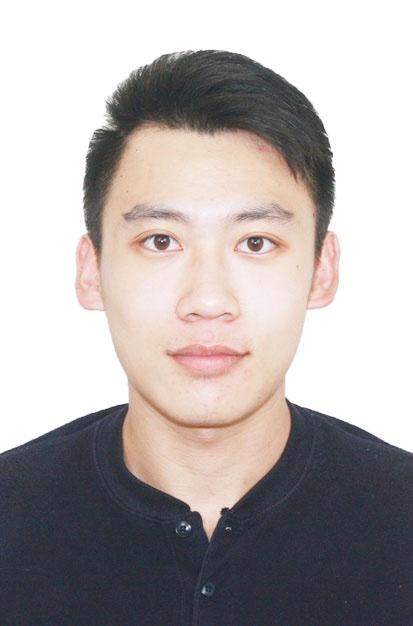 On March 8th, Hongjia Wu successfully defended his thesis "Adaptive Multipath Scheduling for 5G Networks and Beyond: A Learning Perspective".

With the ready availability of multiple radio interfaces in today's smart devices, there is a growing number of hosts that can support data communication over two or more interfaces. Multipath transport protocols allow the concurrent use of multiple network paths for fast and reliable data exchange, potentially improving the performance and resilience of Internet traffic flows. Among the functionalities of multipath transport protocols, the multipath scheduler plays a key role since it controls the distribution of data packets over different network paths. Scheduling problem becomes quite challenging for existing multipath schedulers that are designed based on predefined rules considering the dynamic path characteristics (e.g., time-varying bandwidth, delay, and packet loss) of 5G and beyond networks. In this work, we focus on adaptive multipath scheduling algorithms, tackling the challenges brought from dynamic 5G networks and beyond.

(2) Following a learning-based design, we start from the case where dynamic network paths are heterogeneous. To this end, we propose Peekaboo, a novel online learning-based multipath scheduler that is able to learn scheduling decisions to adopt from both deterministic and stochastic aspects. From the emulations and real-world examinations, we demonstrate the superiority of Peekaboo over the multipath schedulers based on predefined rules.

(3) We extend the adaptive multipath scheduler's applicable scenarios from heterogeneous paths to generic paths, aiming for different types of path combinations that can appear in 5G. To this end, we propose M-Peekaboo with a generic path selection scheme by generalizing the learning framework of Peekaboo. From the 5G-trace-driven emulations across both static and mobile scenarios, we demonstrate the benefits of M-Peekaboo over Peekaboo and the multipath schedulers based on predefined rules.

(4) Due to the online learning essences of Peekaboo and M-Peekaboo, we acknowledge that neither of them can adapt sufficiently fast to match the rapidly changing networks. To fill such a gap, we propose FALCON, which uses offline learning for deriving meta-models that are fine-tuned by online learning to improve the quality and speed of adaptation simultaneously. From the 5G-trace-driven emulations across both static and mobile scenarios and real-world examinations, FALCON is shown to have a much shorter adaptation time and better adaptation accuracy than M-Peekaboo and other newly proposed learning-based multipath schedulers.

The work has been conducted at SimulaMet and Oslo Metropolitan University.