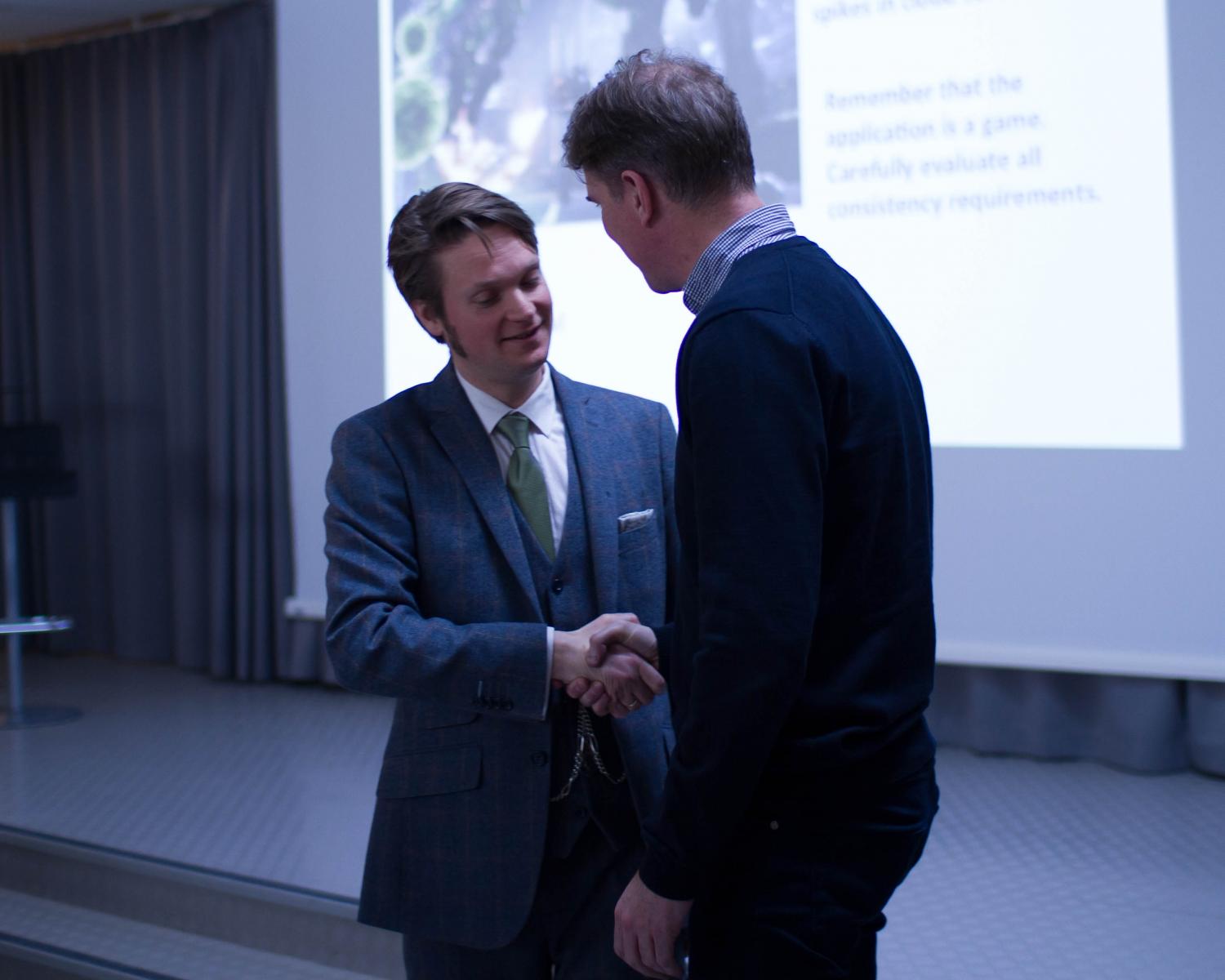 On Monday 7th of March, Kjetil Raaen defended his PhD thesis "Response time in games: Requirements and improvements". The defense took place at 13:15 in Storstua at Simula.

We notice delays down to 0.2 seconds.

Running through the damp, dark tunnel you know the enemy is not far behind. If you can just get through that old door over there, you will be safe for now. You pull the door open carefully; making sure your gun goes first. Suddenly, a massive spider drops down from the mouldy ceiling. You pull the trigger, but nothing happens, not even a click. Then, the spider is upon you. By the time the gun goes off, you are already eaten. Fortunately, this was only a computer game. In such games, a delay of even a fraction of a second can make the difference between winning and losing. To investigate this problem, we measure how small the delay needs to be to avoid such situations.

Using a setup where participants were asked to click a button and observe the results on screen, we found that the average human notices delays lasting around 0.2 seconds. At the same time, we noticed that people are very different; some notice much shorter delays than others, down towards 0.05 seconds. We also measured how fast games react to button presses. By adding an extra wire to a mouse and detecting light from the screen, we were able to measure how much time passed from the player pressed the button to fire the gun until the muzzle-flash appeared on the screen. Surprisingly, some combinations of computer and screen used up to about 0.2 seconds, long enough that most people will easily notice the delay.

With this in mind, we worked on how to improve delay in modern game servers. For years, computers have increased steadily in computation speed. This growth has slowed down significantly, replaced by growth in the number of computing units in each machine. Our work utilises such parallel systems by removing many ways in which the outcome of one calculation depends on previous calculations.

Hopefully, if we keep these and many other results in mind when making games, future players can only blame themselves if their avatars are eaten by spiders.

The thesis is written within the field of Media. The work has been conducted at Simula Research Laboratory and Westerdals Oslo School of Arts, Communication and Technology.

Prior to the defense, at 11:15, Kjetil Raaen presented his trial lecture "AI approaches in games: research overview and future perspectives"

Announcement of the PhD defense at the University of Oslo's web pages (in Norwegian).