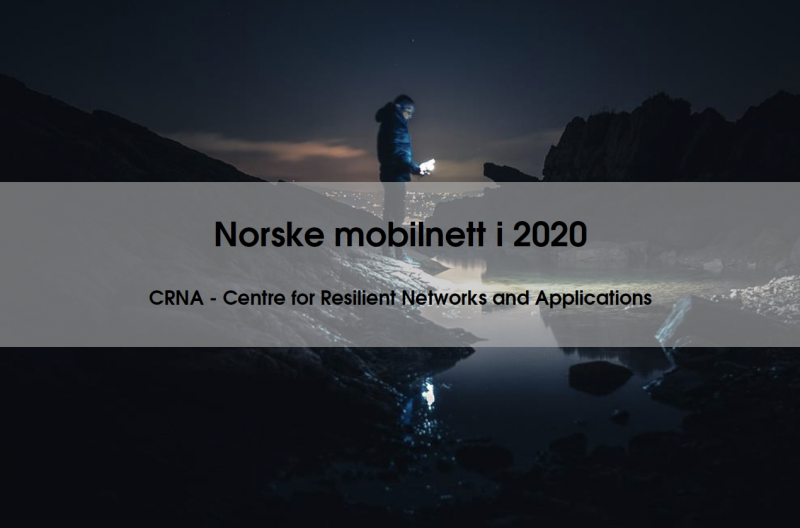 – This year’s report shows that the positive development in the experienced stability of mobile broadband networks, which we reported the last few years, has continued in 2020, says Ahmed Elmokashfi, head of CRNA and responsible for the report.

Last year has been a special year because of the Covid-19 pandemic. Movement restrictions and home office have reportedly strained communication networks. This year’s report, however, shows that the impact on Norwegian mobile networks was negligible. Overall, we have recorded fewer outages, lower packet loss, minimal congestion, and higher speeds. These positive developments have been mainly driven by the transition from 3G to 4G, which is now complete.

– We expect the next few years to witness major improvement as we transit to 5G, says Elmokashfi.

We report for the first time on the performance of broadband access over satellite. In particular, we have measured the broadband service from Bigblu, which utilizes geostationary satellites. This investigation is motivated by the fact that Satellite links are a major contender for extending broadband coverage to all households in Norway.

New this year also are measurements of early 5G deployments. While the download speeds are considerably higher than 4G. The tested 5G connections, however, repeatedly jumped between 4G and 5G. We expect the stability of 5G to improve as the rollout picks up.

The report (in Norwegian) is available here.