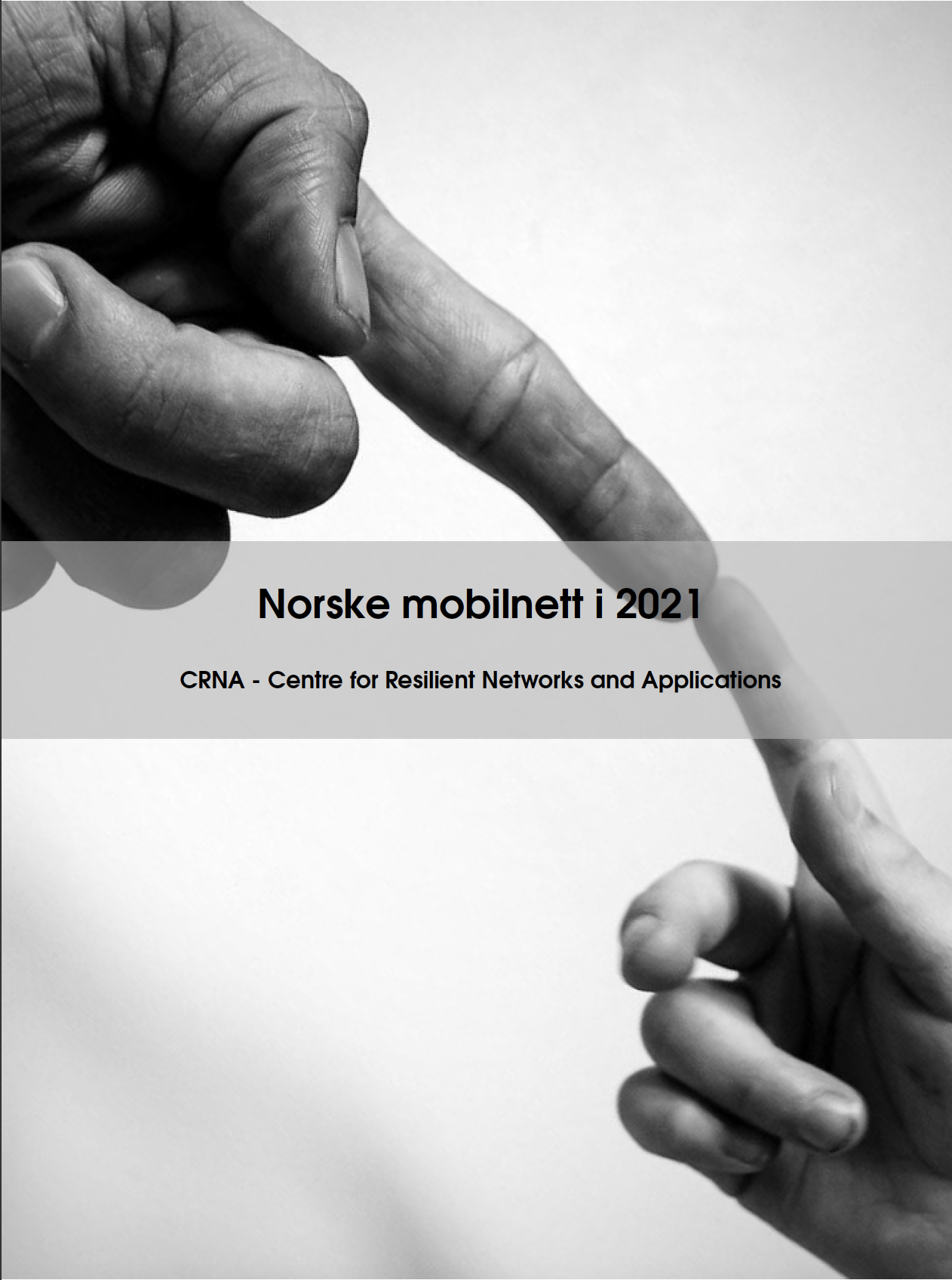 We announce the yearly SimulaMet report on performance of the Norwegian Mobile networks from CRNA - Centre for Resilient Networks and Applications, see link to the report here.

For Norwegian mobile networks, 2021 was a year that was primarily about the introduction of 5G. Telia in particular, but also Telenor, had full speed ahead in developing and upgrading 5G base stations throughout the year. Although we primarily measure robustness and performance in 4G, we see the results of this development in the form of increased speeds for all operators.

For several years, we have seen a positive development in stability in Norwegian mobile networks. This development has largely been linked to the transition from 3G to 4G. This transition is now practically complete, and we very rarely see connections over 3G. The stability of Norwegian mobile networks was about the same in 2021 as in 2020 and 2019.

We also report, as we did in 2020, measurements from 5G networks. Currently, we experience unstable connections on this technology, often with frequent transitions between 4G and 5G. These networks are still in a rollout phase, and we have a limited number of 5G-capable measurement nodes. We generally observe high speeds in the 5G networks, but also great variance and varying degrees of stability in the connections. In the years to come, we will continue to follow the development in stability while the mobile networks complete the upgrade from 4G to 5G.

The results presented in this year's report are based on active measurements from 147 stationary measuring points spread over large parts of Norway throughout 2021.

This year's report continues many of the measurements from previous years. We look at the stability of the connection between measurement nodes and mobile networks, and the development in packet loss. We also measure the speed achieved in the various mobile networks. At an overall level, the positive trend we have seen in recent years continues: Norwegian mobile networks still experienced few breaks, low packet loss and higher speeds in 2021 than any year earlier.

In this year's survey, we include as we did in the 2020 report, measurements of broadband via satellite. The connection we measure is from the provider Bigblu, and is realized via a geostationary satellite. The reason for including these measurements in this year's survey is the role that satellite broadband may play in fulfilling a possible broadband guarantee, where all households in Norway shall have the right to a basic broadband offer. In such a scenario, it is important to understand the stability and performance of satellite broadband over time.

In the following, we summarise some of the most important observations from this year's report.

• We measure good stability in the connection to the mobile networks. In sum, the stability is about the same as in 2020 and 2019. We observe a large number of connections that almost never experience disconnection.
• Most connections experience an availability of over 99.99%, which corresponds to a downtime of less than 9 seconds a day. In particular, the positive trend continues for Ice, where over 80% of the connections achieve such availability. This is about the same as in 2020, and up from about 60% in 2019. About 72% of the connections in Telia's network and 60% at Telenor achieve an availability of over 99.99%.
• We observed the highest stability at Telia and Ice in 2021, as in 2020.
• As many as 66% of the Ice connections went through the whole year without a single day with more than one
minute downtime. The corresponding figures for Telenor and Telia were 47% and 58%. This is a significantly higher share than in 2020, and indicates that the downtime we measured in 2021 was spread over several days than in previous years.
• We observe a few significant events where a large number of connections lose the connection to the network at the same time. Most such incidents take place at night, which may indicate that they are due to maintenance or planned work in the mobile network.

Stability in the data plane

• The observed packet loss was about the same in 2021 as in 2020. Telenor still has the lowest packet loss, but there are small differences between Telenor and Telia.
• The packet loss at Ice was somewhat higher than at the other operators, but Ice also experienced a clear decrease in packet losses from 2020 to 2021.

• Our speed measurements are not suitable for describing the maximum speed that can be delivered by the mobile networks, because our measuring nodes do not support the latest technology for merging capacity from several frequency bands (LTE cat 9). Our measurements can still say something about how performance varies over time, and how available speed affects the user experience.
• We observe a clear increase in download speeds from 2020 to 2021 at all operators. The download speed has been relatively constant for several years, but the increase in 2021 is clear and significant.
• It is natural to see the increase in speed in connection with the major upgrade of the mobile networks that is taking place in connection with the introduction of 5G. We observe that the speed has increased throughout the year. For Telia, there has been an increase throughout the year, while for Telenor there has been an increase throughout the autumn.
• As in previous years, we still measure the highest speed at Telenor, but the differences between the operators are relatively small. For Telenor, we measure a slightly higher variance in the performance achieved in 2021 than in 2020, while the variance for the other operators is about the same as before. We have previously shown that such variance is largely due to the fact that a measurement node alternates between connecting to different base stations that can provide very different user experiences.

• Measurements of the 5G networks have been made during a development period with major ongoing changes. There is therefore reason to believe that stability and performance will improve over time.
• We measure good speeds in 5G networks, typically between 200 and 400 Mbit / s download speed and between 40 and 60 Mbit / s upload speed. This is significantly higher performance than in 4G. However, there is great variation in speed, especially for Telia.
• Some 5G connections are not very stable, and relatively often jump between 4G and 5G.

• This year, as last year, we present measurements of satellite-based broadband. Satellite does not play a major role in the Norwegian broadband market today, but can be important in providing a minimum offer
to households that have no other offers.
• The download speed of the measured satellite connection varies between 20 Mbit / s and 40
Mbit / s. The speed varies a lot throughout the day depending on how many users are active.
The download speed has increased somewhat from 2020 to 2021.
• The upload speed is normally between 2 and 5.5 Mbit / s. We observe a clear decrease in upload speed in 2021 compared to 2020.
• The packet loss in the satellite connection is higher than in the mobile networks, and is normally in between
0.1% and 0.3%. Some days the package loss can be up to 1%. We experience lower
variance in packet loss in 2021 than in 2020.
• The connection we measure goes over a geostationary satellite. It therefore has a relatively high delay, with a round-trip time of about 700 ms.

• We again present measurements from equipment on board trains, as we last did in the report for 2019.
• All trains we measure from are now equipped with active signal amplifiers, which will counteract attenuation in the train body and ensure good coverage inside the train.
• We observe a significant improvement in coverage along the railway in 2021 compared to 2019. 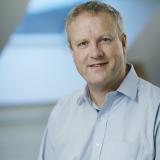