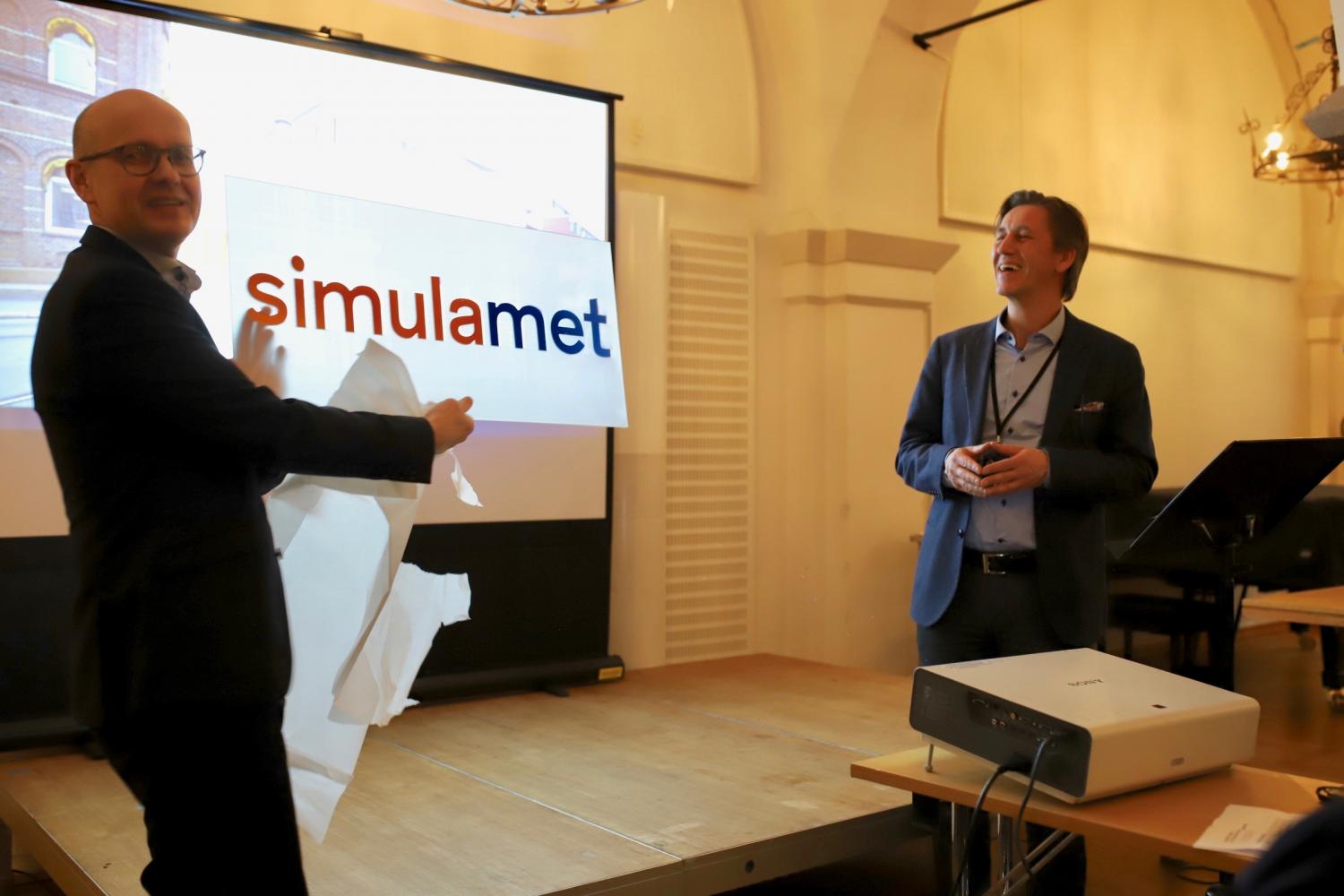 Around 100 guests were present in Festsalen at OsloMet to celebrate the official opening of Simula Metropolitan Center for Digital Engineering (SimulaMet) Thursday, January 31st.

SimulaMet is owned by Simula Research Laboratory and Oslo Metropolitan University and was started in 2018. In May 2018 they moved to OsloMet’s premises at Bislet, located close to The Faculty of Technology, Art and Design, an important collaborator.

SimulaMet is the home of Simula’s research activities on networks and communications, machine learning and IT management. In addition to performing research, SimulaMet will educate and supervise Ph.D.- and Master students at OsloMet and contribute to innovation in society through collaboration, startup-companies and licensing of research results. Director of SimulaMet, Olav Lysne, started by welcoming everyone, and described the process of how SimulaMet came to life. “Many people, both from OsloMet and from Simula have worked very hard to create SimulaMet.   Today I am proud to see that the visions and dreams we had have been realized.   Still, the people who should really be honored today are the researchers and employees at SimulaMet.  I really look forward to working with this exceptionally talented group of people in shaping our new research institution", said Lysne.

State Secretary to the recently appointed Minister of Digitalization, Paul Chaffey held a speech, congratulating OsloMet and Simula on the new center. Chaffey expressed excitement for the new center and is looking forward to collaborating. Speeches were also held by Rector at OsloMet Curt Rice and managing director of the Simula group Aslak Tveito. The Faculty of Technology, Art and Design, represented by Dean Egil Trømborg, presented Olav Lysne with a sign with SimulaMet’s logo to hang on the entrance to great applause.

In the second half of the program, the Head of Departments presented their work and team. At the moment SimulaMet has five research areas:

Afterward, food and drinks were served, and guest had the opportunity to further learn about the research done at SimulaMet through poster sessions and demonstrations by the researchers and students.