Aims to improve the robustness and security of digital infrastructures, and the development of predictable and reliable advanced media applications

Every time we create new services or applications on top of our telecommunication infrastructure, we also create new opportunities for malfunctions, erroneous behaviour, threats and attacks. We aim to tackle the different aspects of such network-related problems. Modern society has a massive and increasing dependability on applications running on top of the Internet, and the goal of the projects within this field is to ensure robustness that can prevent events that can harm these societally critical systems.

Robustness and predictability can also be viewed from the application point of view. Advanced media applications challenge the performance limits of technology and infrastructures, and thus creates robustness and dependability challenges of another character. In concert, the projects of the section aim to address the problems of robustness, resilience and predictability both from the network, and the applications point of view.

The Centre for Resilient Networks and Applications

Since 2006, the Ministry of Transport and Communications has funded a large research project at Simula working on the robustness of telecommunication networks. Since then, Simula has expanded and diversified its communication-related research, and in 2013, this research project was turned into a permanent centre; Center for Resilient Networks and Applications (CRNA).

More about Simula's research activity on communication systems can be found at www.simulamet.no 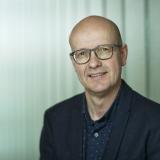 Sectors, Beams and Environmental Impact on the Performance of Commercial 5G mmWave Cells: An Empirical Study