The AFib-TrainNet consortium will enable promising young scientists to become excellent research leaders of the future, capable of fighting the challenges that Atrial Fibrillation (AF) presents to the European population. AF is the most common sustained cardiac arrhythmia, occurring in between 1-2% of the general population. More than 6 million Europeans suffer from this arrhythmia and its prevalence is expected to increase by more than two-fold during the next 40 years due to increased life expectancy. Thus, AF is said to assume epidemic proportions. Current options for pharmacological therapy are limited by both low efficacy and side effects, including life‐ threatening ventricular arrhythmias and severe extra-cardiac toxicities.

A very limited number of novel AF drug therapies have been introduced in the last 20 years. This imbalance reflects a gap in understanding in both how AF develops and how it can be treated, which thereby limits the development of new medicines.

The ambition of the AFib-TrainNet Network is to fill this gap by producing new knowledge, leading to critical insight into origins and mechanisms of sustenance of atrial fibrillation. The Network will accomplish this by developing novel experimental and computational models recapitulating human AF, and employing these models on two very promising atrial biological targets. Experimental models will be instrumental in improving the understanding AF’s underlying mechanisms, and will, along with clinical data, inform state-of-the-art computational models of human atrial electrophysiology. These new tools will permit fresh insight into the molecular, cellular and electrical mechanisms involved in the progression of healthy atria into an AF state.

Simula plays a central role in creating computational models for human atrial physiology in health and disease at the cell, tissue, and organ levels such that diverse molecular, cellular, and structural alterations that underlie AF can be probed. The models developed by two Simula’s Early-Stage Researchers will be used by all Network’s partners and beyond.

In addition to its scientific responsibilities, as the Training Coordinator, Simula develops and ensures realisation of the extensive intersectional and interdisciplinary training programme for the 15 Early-Stage Researchers employed within the Network. The training programme includes local practical and theoretical training, intersectoral and international secondments, a summer school in general cardiac physiology, and targeted courses in a number of atrial electrophysiological disciplines. Also central in the programme is industrial training, including workshops and courses in entrepreneurship, innovation management, and other topics of high importance for work in the pharmaceutical industry.

The consortium will combine efforts between industry and academia and develop novel methods for investigating AF. Experimental models closely reflecting human AF will be instrumental in improving the understanding AF’s underlying mechanisms, and will, along with clinical data, inform state-of-the-art computational models of human atrial electrophysiology.

These new tools will permit fresh insight into the molecular, cellular and electrical mechanisms involved in AF and deliver results which can be leveraged by the pharmaceutical industry to target AF drug development. The work accomplished in AFib-TrainNet will thus constitute a beacon in the search for new AF medicine.

This project has received funding from the European Union's Horizon 2020 research and innovation programme under the Marie Skłodowska-Curie grant agreement No. 675351. (MSCA-ITN-2015 European Training Networks) 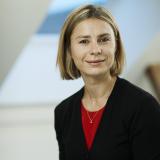 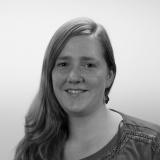 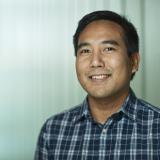 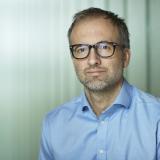 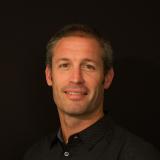 A computational study of Atrial Fibrillation mechanisms at the cardiomyocyte level