DigiBrain: From genes to brain function in health and disease 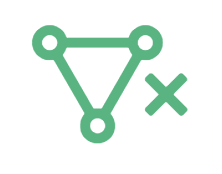 How are genes related to the diseased brain?

New knowledge on how genes are linked to diseases such as schizophrenia and bipolar disorder, will enable easier diagnostics and a better choice of optimal treatment.

In contrast to familial diseases, like cancer and the seasonal flu, we know much less about the molecular and cellular processes underlying mental illnesses and potential molecules that could act as diagnostic markers. Today, these conditions are diagnosed by observations and various tests performed by experienced psychiatrists.

A significant challenge in the DigiBrain project is to connect specific gene variants to different brain functions and disorders. As a starting point, part of the project group has contributed to a vast study collecting and analyzing the genes from close to 100 000 schizophrenia patients, revealing that specific gene variants are more common among the patients than the average healthy population. Several of the genes identified, are expressed in the brain, but what are their function and relation to the disease?

As several genes are involved, something which varies depending on the type of illness, the number of experiments needed to test all the different combinations are not feasible to carry out. Instead, the researchers construct detailed mathematical models of neurons and the network in the brain to predict the most likely gene variants that affect. These genes are then selected and tested experimentally in animal models.

Patients with neurological disorders may display altered brain activity that can be recorded by electroencephalography (EEG). This non-invasive technique measures brain activity by placing electrodes on the skull. Alteration in brain activity probably relates to changes in activity at the level of individual neurons. The researchers try to understand the connection between neuronal activity at the cellular level and the activity in large networks of cells, like the brain. 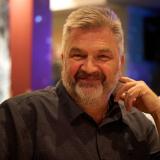