Tomorrow’s technology for visual effects will be developed in Norway, in collaboration with the leaders of the European film industry, as a result of the EU-project POPART. In modern film production, animated effects are used extensively, to the degree that the audience now expects this as an aspect of large Hollywood productions. In European contexts, animation is used considerably less, due to the smaller budgets, and the fact that digital effects are associated with high risk investments and sizable expenses. Through the EU-project POPART we are developing a product where it will be possible to preview digital effects on set, and POPART further aims to heighten the efficiency of postproduction work considerably.

The project budget is € 1 300 000, of which the European Union contributes approximately € 1 000 000 through the ICT-18 call in the LEIT program of Horizon 2020. The industry partners of the EU project provide the rest of the funding. 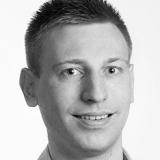